In order to adapt, sustain and grow your business, it is important to evaluate your needs, and opportunities.

We know 2020 has been challenging and sometimes taking a pause is necessary to plan effectively. In order to adapt, sustain and grow your business, it is important to evaluate your needs, and opportunities. We invite you to join us for an interactive session where we discuss taking a pause, performing a business health self-assessment and creating tangible objectives to meet your goals. Hosted by the USC Office of Civic Engagement and Economic Partnerships and powered by Alpha Prime Consulting.

Erica A. Arias, Founder and CEO of Imperio Tech LLC and President of Alpha Prime Consulting LLC, is an expert in developing business and driving organizational change. Her areas of expertise include leadership development, emotional intelligence for leaders, organizational culture, nonprofit governance, and strategic planning. With 18 years of experience, she has trained and mentored constituencies in the nonprofit sector, law enforcement, higher education, and startups. Erica serves on the Board of Directors for the National Latina Women Business Association of Los Angeles. She has been a featured guest speaker at several conferences for small business advocacy and development. Erica is an active member of several local chambers of commerce and has recently been nominated by the Los Angeles Business Journal for the 2020 Women’s Leadership Award. She earned her Bachelor of Science and Master of Education both from the University of La Verne. Erica is currently an Executive Master of Leadership candidate at the University of Southern California.

Roberto is the Executive Director and Co- Founder of the Multicultural Business Alliance, an Organization that focuses on helping minority small business specifically Women, Veterans, and minority owned businesses. He is the founder of Alpha Prime Consulting firm, where the Multicultural Business Alliance was created to better suit the small businesses during the shift of the pandemic. He is also the Co-Founder and Chief of Operations of Imperio Technologies, a firm that specializes in Business development. Imperio focuses on helping small businesses that are starting up, struggling, and seeking growth with their executive leadership- all through the power of Artificial Intelligence. He is currently attending University of La Verne. He graduated from Westwood college with an AA in Criminal Justice and BAS in Business Management. He just completed a cohort with University of John F. Kennedy in Chamber of Commerce Leadership sponsored by the CA Hispanic Chamber of Commerce. He serves as the Commander of Post 30 American Legion in Pomona, CA. He is the current Director of Veterans Affairs with Casa De Adelanto Initiative to help veterans in need ranging from homelessness, disabilities, career enhancement, peer counseling, and entrepreneurship.

Ms. Flores currently serves as the Program Administrator for the University of Southern California, Office of Civic Engagement and Economic Partnerships. She oversees all aspects of the Small Business Programs, which includes small business and nonprofit accelerator programs and outreach initiatives. Previous to joining the University, Rocio worked at Resurrection School in Boyle Heights, where she was responsible for all development, fundraising, and marketing efforts. Rocio has worked both in the nonprofit and government sector and has led various projects focused on strategic planning, program and partnership development, marketing and outreach.

She is actively engaged in several boards and committees including: Vice President for the Boyle Heights Chamber of Commerce, a Foundation Board Member of NAWBO-LA, Board of Director at #LatinaGeeks and Steering Committee Member for CAMEO’s Entrepreneurship Advantage. Rocio received two bachelor degrees from the University of California Irvine in Psychology and Social Behavior and Criminology Law and Society, as well as her master’s degree in Public Administration from California State University Long Beach. She also holds an Executive Certificate in Transformational Leadership from the University of Notre Dame and is currently pursuing her doctoral degree at the USC Rossier School of Education in Organizational Change and Leadership. Rocio resides in El Sereno with her husband and 3 young children, and is actively involved in her community.

Effie Turnbull Sanders is a leader with more than two decades of experience advancing the rights of underserved Los Angeles communities. She currently serves as the University of Southern California vice president of civic engagement and economic partnerships, where she directs the University’s civic stewardship and initiatives to promote economic opportunities that support communities surrounding the University campuses.

Turnbull Sanders most recently served as the executive director of the South Los Angeles Transit Empowerment Zone (SLATE-Z), a federally designated promise zone, where she promoted neighborhood revitalization, educational excellence and economic empowerment in collaboration with 71 nonprofit, government agency and private sector partners. Turnbull Sanders was SLATE-Z’s inaugural executive director and helped build the organization from an emerging startup to a thriving collective impact model that is leading collaborative efforts in the region.

Prior to joining SLATE-Z, Turnbull Sanders practiced law and specialized in land use, transactional law and general litigation. Her career has included serving as an assistant general counsel to the Los Angeles Unified School District and counsel to public and private organizations such as the city of Los Angeles and Richards, Watson & Gershon.

Active in public and nonprofit service, Turnbull Sanders is currently a governor’s appointee and environmental justice commissioner for the California Coastal Commission. She was also a presidential appointee with the United States Commission on Civil Rights, as special assistant to California Associate Justice Cruz Reynoso. Turnbull Sanders has been an active board member and adviser to the Los Angeles League of Conservation Voters and the Santa Monica Mountains Conservancy.  She received her Bachelor of Arts and her JD from UCLA and is a graduate of the USC Ross Minority Program in Real Estate.

Hello, my name is Anthony Torres.  I was born in Maywood California many years ago.  I am currently CEO of a couple of startups specializing in the acquisition of government contracts, staff augmentation and IT Consulting. I am also an ambassador to the non-profit organization, Infrastructure Masons where we assist transitioning Veterans with job placement.   Prior to my journey onto serial entrepreneurship, I was in the Army for 20 years and retired as a 1SG right after a redeployment from Iraq.  Growing up in Los Angeles in the seventies and eighties, there were many things to fall in love with but there were two that stuck out.  The Dodgers and the University of Southern California.  After living abroad for over 25 years through the military and my post military life, my love for Los Angeles pulled me back.  I returned and started life all over again.  In 2016, life took a very an amazing turn when I decided to apply to the Master of Business for Veterans program at USC.  I was accepted into COHORT IV and since graduating in 2017, my life was changed forever. Now, as a Trojan, the opportunities that have been presented have been not only fruitful but with a sense of being a part of a family. In short, becoming part of the Trojan family, as my brother-in-law said, it is like I finally married my lifelong love.

Thank you to our Partners 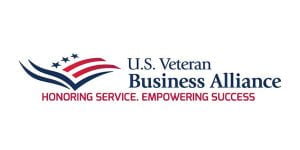